Cumbrian Pubs - The Eagle and Child 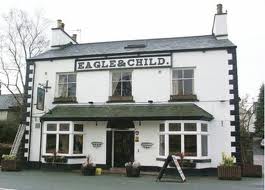 Having had an absolute blast at the fantastic Hawkshead Beer Festival, Mrs Monkey and myself decided to stick the tent in the car and head back to the Cumbrian Lakes a few weeks later to appreciate further some of the lovely pubs that can be found in that part of the world. 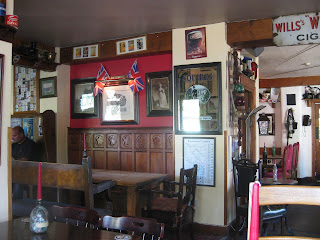 One such pub can be found in Staveley. It's called the Eagle and Child and it was easy to see why it has won various awards for it's beers and hospitality including Cumbrian Camra Pub of the Year in 2007 and runner up in The Guardian's Best Pub Garden. 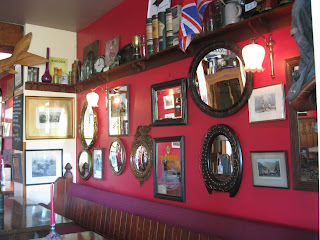 It is a welcoming, warming and rather nice place, full of hidden nooks, bay windowed corners and walls strewn with various beer ephemera, memorabilia and bric a brac from ale times gone by. It's avery homely and pleasant environment to waste away a drizzly Cumbrian late afternoon and evening. 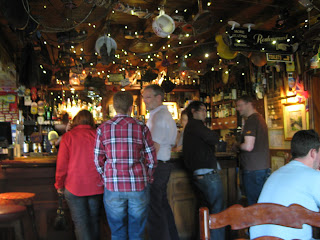 It is a very popular place with both locals and visitors clearly drawn to the excellent locally sourced food and the superb beer range that come from many of the Cumbrian breweries nearby. 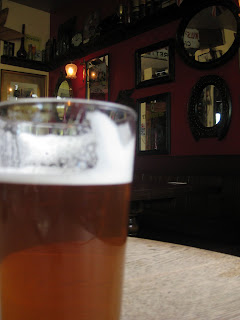 The five handpumps were doing a roaring trade when we were in serving some beautifully kept beers  from the likes of Dent, Kirkby Lonsdale, Tirril, Ulverston, Coniston and Hawkshead with the standout being Staveley's own Hawkshead Windermere Pale. A 3.5% light session summer ale that picked up a brace of Silver medals at this year's Brewing Industry Awards and from SIBA. The Windermere Pale was Citra-tastic and very reminiscent of a slightly less bitter Fyne Ales Jarl. It was a lovely pint in a lovely pub.

Posted by thebeermonkey at Wednesday, August 24, 2011